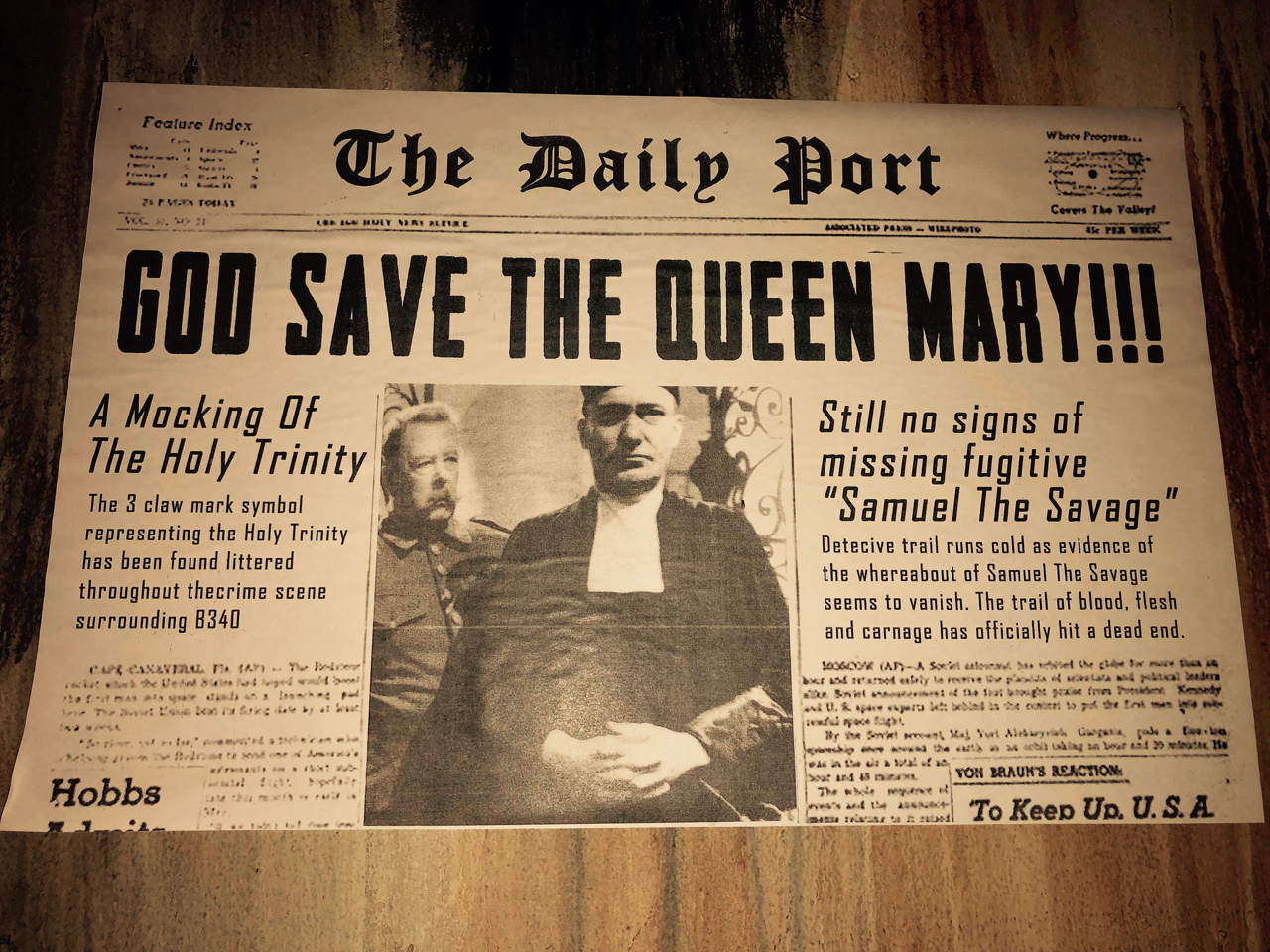 God Save The Queen Mary (Photo by Angie Richardson)

October is upon us. The nights are getting longer, the evening air now has a slight chill, and the supernaturally inclined speak of the thinning of the veil between the physical world and the spiritual one. Yes, of course we know the drill. Halloween is big business in the United States. We’ve gone from celebrating for a day or two, to partying the whole month. Oh, but what a month. The haunting has definitely begun and there is no rest for the wicked, or even for those with godly intentions. 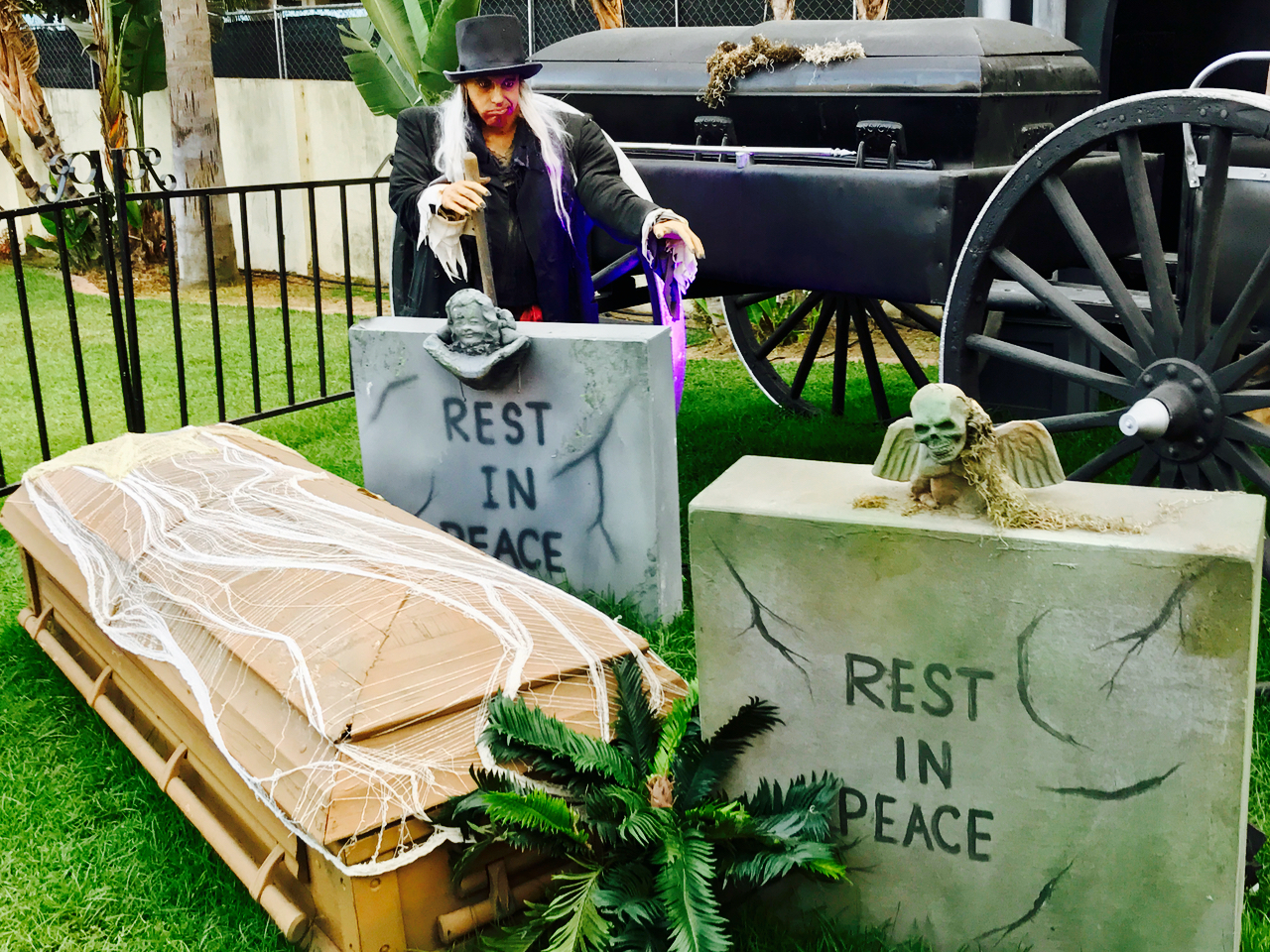 Dark Harbor at the Queen Mary (Photo by Nikki Kreuzer)

With Halloween haunts, you can’t really go wrong. There is magic even in hokey carnival corn mazes, beauty in ghost-filled church bazaars and happy screams wherever costumed demons congregate, but then there is another level, where history, creativity and storytelling meet and that is where we introduce Dark Harbor. Now in its 10th year in Long Beach, it emerged victoriously from the ashes of a prior Queen Mary haunt, Shipwreck, which first started in 1994. What Dark Harbor has that much of its competition is lacking, is honest-to-goodness spiritual credentials. Ghost sightings are common all year long on this massive ocean liner, retired from service more than 50 years ago.

The Queen Mary at Night (Photo by Angie Richardson)

Out of the six total mazes spanning the grounds of the Queen Mary, the most goose bump provoking might be the three located aboard the ship. You can feel the little hairs on your arms rise to attention, sensing danger, picking up on the unknown, waiting for that little ghost girl who drowned in the pool back in the ’30s to surprise you round the next corner. But even if she doesn’t materialize, real costumed human spooks do, deliciously in character, taking their fright jobs very, very seriously. And the fact that you are walking through metal hallways, tucked in the humid bowels of the ship, past portholes and strange, authentic navigation equipment, makes the exploration that much more intense, surreal and exciting. 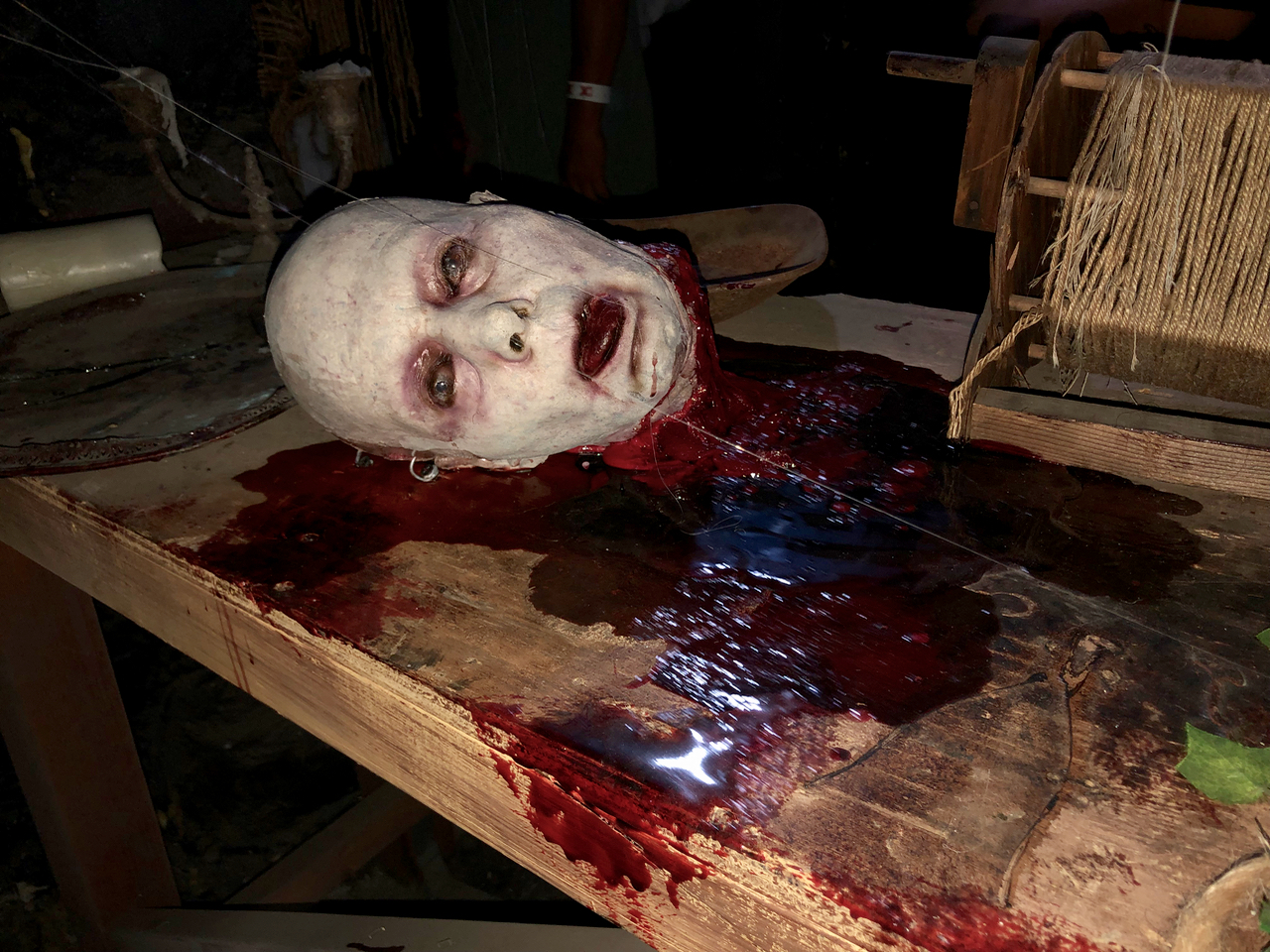 This year has something different with several secret, unmapped bars built into the mazes themselves. Stumbling upon one might just sooth your throat, raw from screaming, or give you some liquid courage to make it through to the next maze. Circus, the thrilling carnival-themed haunt is back again this year, changed up, but always exciting, with its ringmaster, freaks, geeks and fearsome carnies. In fact, over 200 costumed ghosts, monsters, and frightening characters pop out wherever you might be, inside a maze, or waiting to order a big bag of caramel corn. 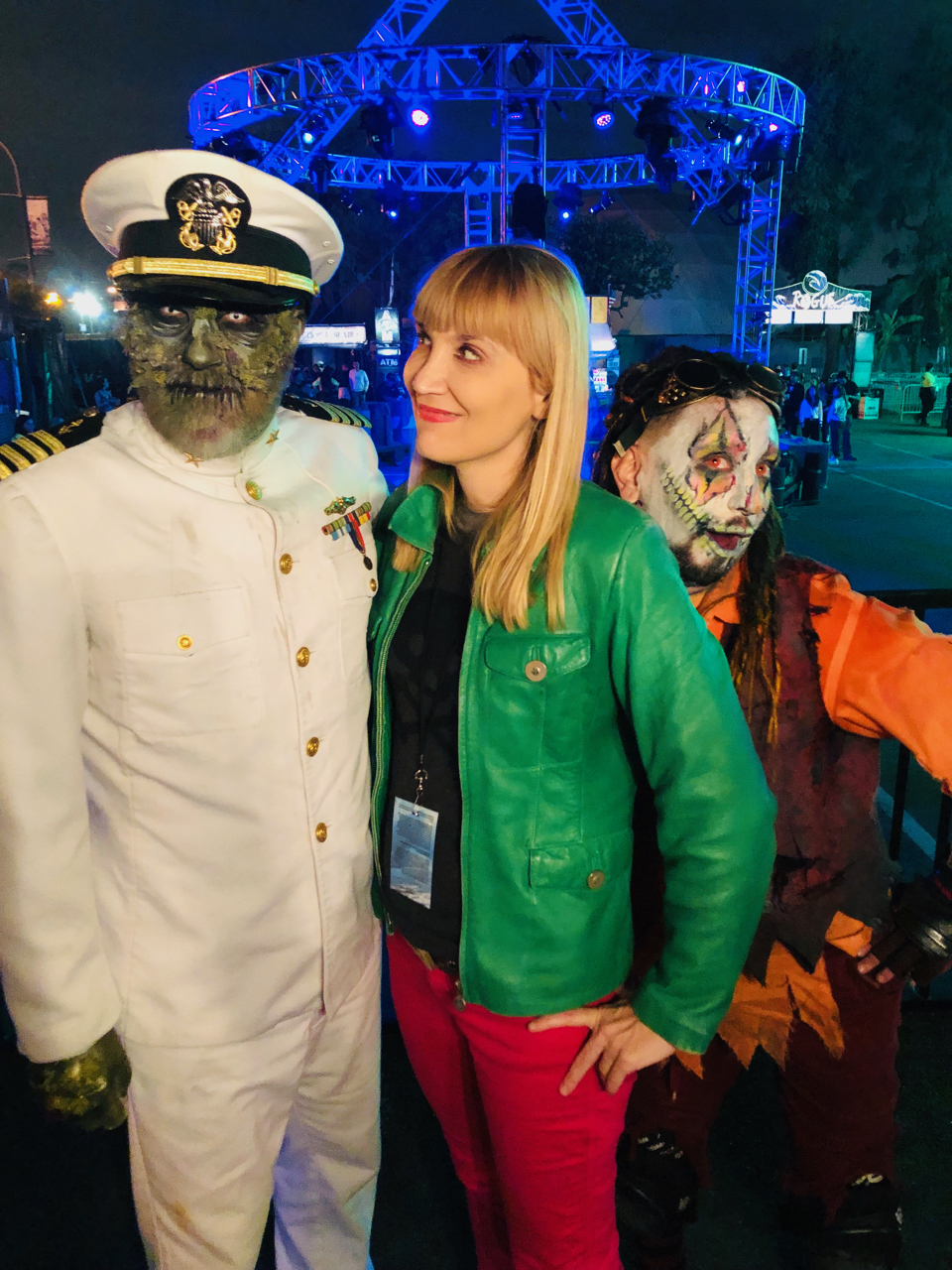 This article was first published by the Los Angeles Beat on October 4, 2019

Nikki Kreuzer has been a Los Angeles resident for more than half of her life. When not working her day job in the film & TV industry, she spends her time over many obsessions, mainly music, art and exploring the oddities of the city she adores. So far she has written 100 Offbeat L.A. articles, which she started in 2013 while writing for The Los Angeles Beat. She has also been published in the LA Weekly, Oddee.com, Twist Magazine, Strobe and Not For Hire. Nikki is also is a mosaic artist, working actor and published photographer. As part of the band Nikki & Candy, she plays bass, sings and is co-writer. Find Nikki & Candy music on iTunes, Amazon, YouTube and other music sites. Nikki is currently working on her first novel. Please "like" the Offbeat L.A. Facebook page! For more Offbeat L.A. photos & adventures follow @Lunabeat on Instagram.
View all posts by Nikki Kreuzer →
This entry was posted in Offbeat L.A. Holiday, The Dark Side. Bookmark the permalink.
Back to Top ↑