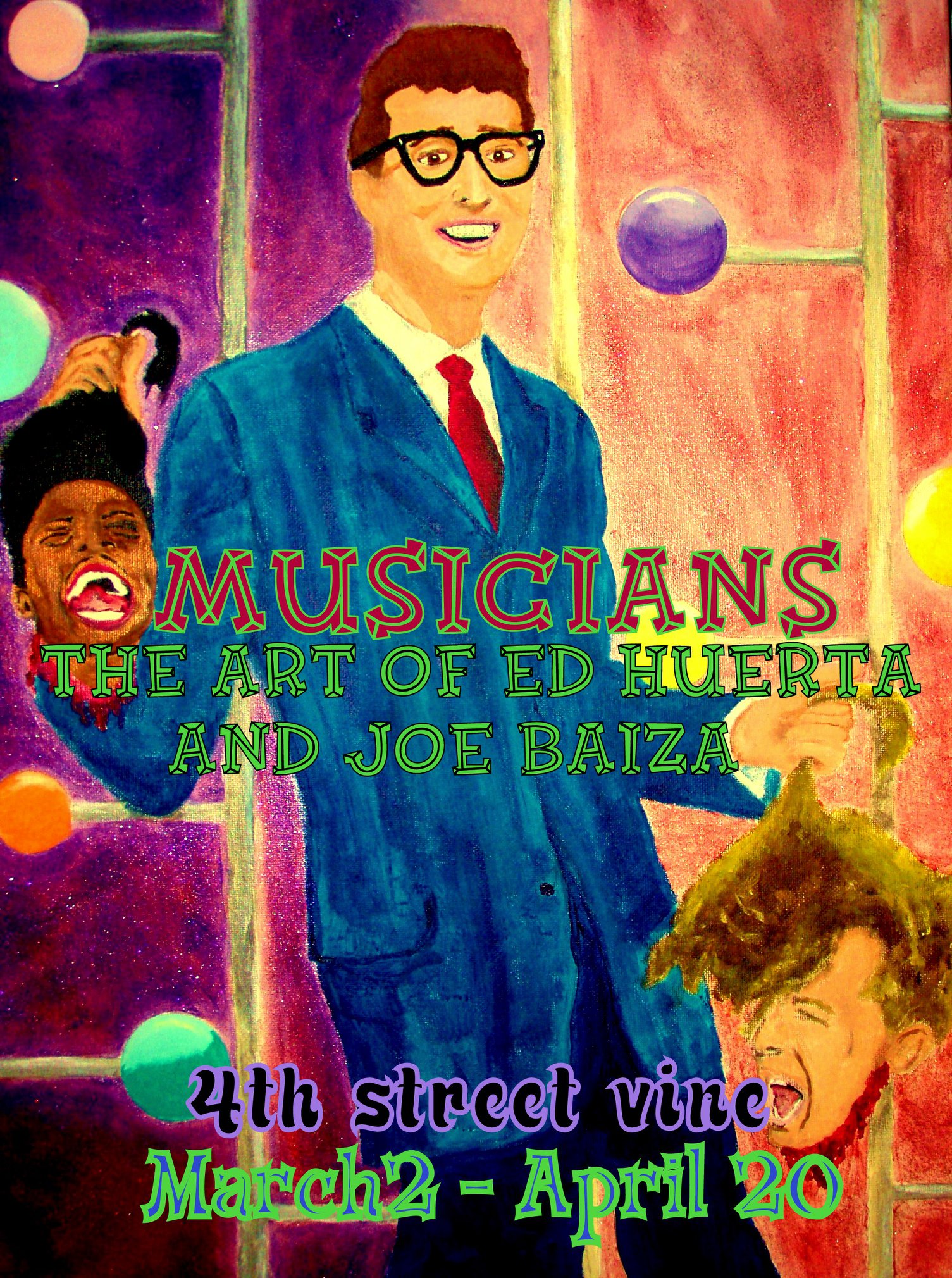 This article was first published for the Los Angeles Beat February 28, 2019. 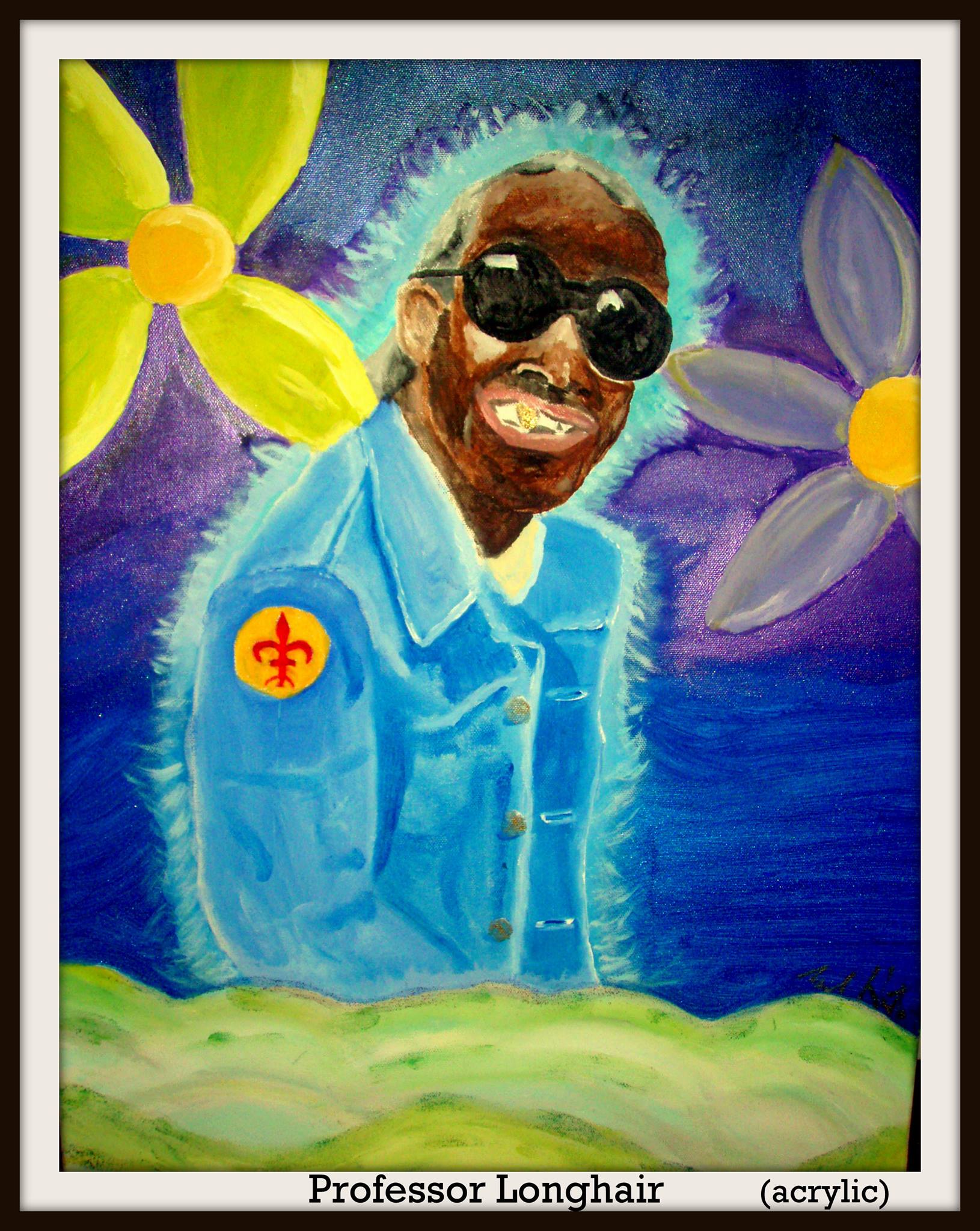 The work of Ed Huerta is emotionally saturated, both in paint colors and in inspiration. Heavily concentrated on jazz, blues and rock and roll musicians, he plays music as he paints, channelling the feelings each note brings. Ed began painting about 12 years ago after the death of his parents, at the suggestion of his wife, Misty, with the aim of fighting his depression and grief. When he tragically lost Misty several years later, his painting has accelerated, and serves not only as a means of expression, but as a lifeline to keep him going. He believes strongly in “the things we can’t see,” and opens himself up to spiritual guidance while paintbrush is in hand. 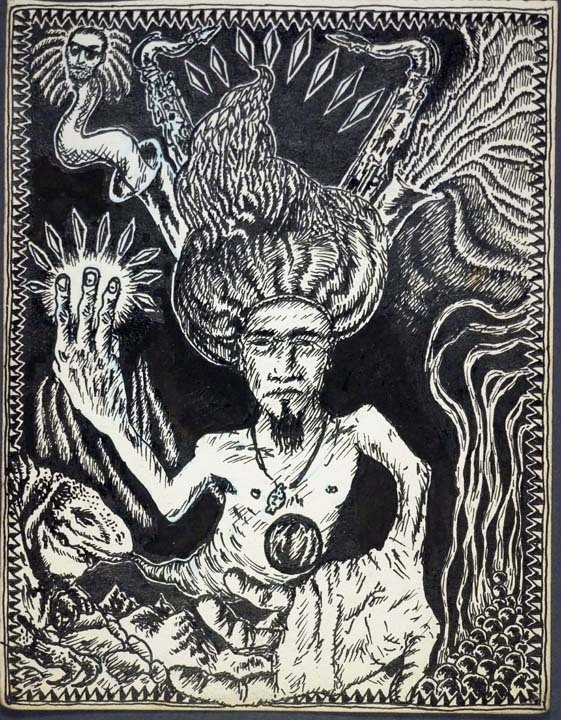 Joe Baiza, a punk rock and jazz guitarist who emerged from the Southern California music scene as a founding member of Saccharine Trust, is also known for performing on several Minutemen tracks and touring with Mike Watt. His realm of visual art crosses the mediums of sketches, drawings, paintings and photography, but he is probably best known for some of his black and white ink drawings. His most famous may have been that used on the album cover of the 1983 Minutemen album, Buzz or Howl Under the Influence of Heat. Baiza was also the focus of a 2013 San Pedro art exhibit by The Cornelius Project, The Mind of Joe Baiza – Paintings, Drawings, Photographs & Artifacts. 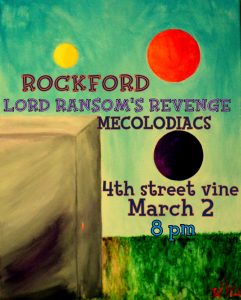 Nikki Kreuzer has been a Los Angeles resident for more than half of her life. When not working her day job in the film & TV industry, she spends her time over many obsessions, mainly music, art and exploring the oddities of the city she adores. So far she has written 100 Offbeat L.A. articles, which she started in 2013 while writing for The Los Angeles Beat. She has also been published in the LA Weekly, Oddee.com, Twist Magazine, Strobe and Not For Hire. Nikki is also is a mosaic artist, working actor and published photographer. As part of the band Nikki & Candy, she plays bass, sings and is co-writer. Find Nikki & Candy music on iTunes, Amazon, YouTube and other music sites. Nikki is currently working on her first novel. Please "like" the Offbeat L.A. Facebook page! For more Offbeat L.A. photos & adventures follow @Lunabeat on Instagram.
View all posts by Nikki Kreuzer →
This entry was posted in Eclectic Art, Offbeat L.A. Music. Bookmark the permalink.
Back to Top ↑